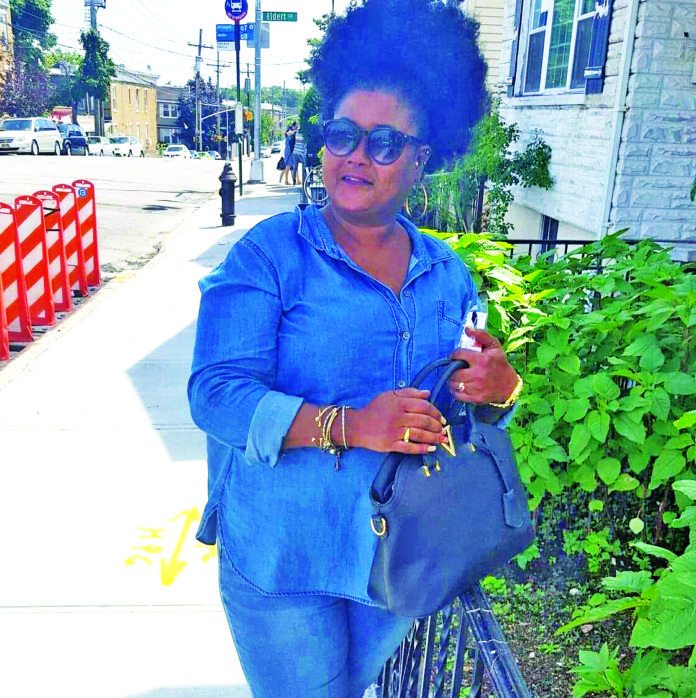 Age is quite often used as a deterring factor when it comes to pushing boundaries. One usually hears things like “there will be more time, you’re young” or “aren’t you a little too old to be doing that” and never “age doesn’t matter, you go ahead.”
Well, Coretta Taylor is not one to subscribe to society’s ideals of what women her age should be doing. At 51-years-old, Taylor is the newest cosmetologist on the block and thinks she is a force to be reckoned with.

The mother of four is all about pushing boundaries and breaking societal stereotypes.
She recently completed a 6-month course in cosmetology at the Humanitarian Mission – Guyana Inc in Berbice and is all set to open a nail salon. While she learned every facet of beauty treatment, her only interest was getting qualified as a nail technician and now that she is qualified, there is absolutely nothing stopping her.
“I just wanted to do the nails but I had to go through the course before I get to the nails. I choose the nails because I like seeing people with long nails. It looks beautiful. I like nails and my nails always looking good,” she said.
Taylor is driven to accomplish every goal that she set because of the fact that her earlier days were far from easy. She was denied opportunities because of the fact that her family’s financial position did not allow her to gain access to opportunities.
She spent her formative years with her grandmother in Berbice but after a few years, she had to move back with her mother because her grandmother was migrating. Her mother was a vendor in the New Amsterdam Market and struggling to make ends meet.
Because of their financial position, education played a minor role in their lives. After she completed primary school, Taylor left the school system and entered the world of work. She first started helping out her mother at the market but would later branch off to work in many other places.
At the age of 18, Taylor got pregnant with her first child and by the age of 24, she was the mother of 4.
“From primary school I started having kids at an early age and I start working different jobs until I get a little more big. When I had all the kids I opened my own stall in the market selling things like underwear, kitchen towels and fine fine things like that. I always liked business and I did business. I even work in the interior for a couple years,” she said.
After spending a few years working in Guyana’s interior regions, Taylor acquired a US visa and visited the United States of America a few times. There, she was exposed to a number of connections for business. Now she owns and operates a boutique where she offers brand name items.
Reverting to her course in cosmetology, Taylor said that her daughter-in-law suggested it to her after she saw the Humanitarian Mission offering the courses.
“She find it on Facebook and she told me about it and I said you know what I will give it a try. So I called the Humanitarian Mission and they tell me let me go so I go and they tell me all about it and I decided to take the step forward. It was good but it was challenging. We had a good teacher. She had a lot of patience with us and a lot of stuff we didn’t had to buy because they provided us with it,” Taylor said.
Through her training, Taylor was exposed to doing makeup, facials, manicures, pedicures, hair styling.
“One thing is that I did not allow my age to get in the way. I want people to know that age is nothing but a number and for me, it is nothing. I want to follow my dreams and right now my dream is to open my own nail salon. This COVID is bothering me though because I am waiting for it to get safer so I can open up. I don’t want to have people in and out and it is not safe,” she said.

75 Berbicians equipped with skills to start a business, gain employment