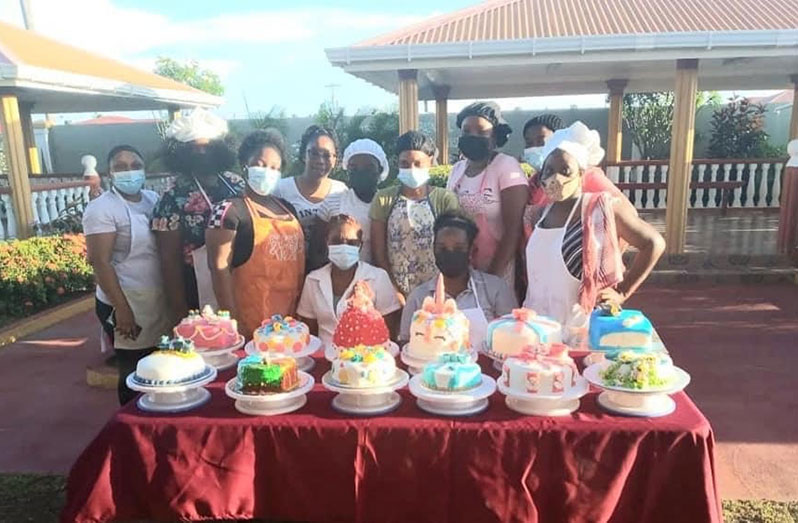 WITH a mandate to educate, empower and elevate, the Humanitarian Mission Guyana (HMG), since its establishment in 2005, has been blazing the trail in providing a range of services and vocational training to the residents of Berbice.

Situated in Babu Jaan in Ankerville, Port Mourant, East Berbice-Corentyne, the HMG has, over the years, stood the test of time and rose above many other non-profit and non-governmental organisations.

President and founder of the HMG, Suresh Sugrim, told the Guyana Chronicle, during a recent interview, that it had been a very challenging but rewarding experience thus far.

He reminisced that had it not been for the patience and benevolence of the donors who were mainly from the diaspora, and the support of some local stakeholders, the organisation’s doors would have been closed a long time ago.

Sugrim said that he was happy that he stuck it out, adding that he had been able to see the difference the work of the HMG had made to the lives of many.

He told this publication that, over the past five years, they have been making tremendous inroads as more than 4,000 persons had benefitted from different types of skills training, with many becoming entrepreneurs in their communities and others becoming more marketable and were earning more to support their families.

Having seen what their peers were able to achieve, more people had been flocking to the HMG headquarters to sign up for vocational classes.

“The response has been overwhelming and… there are 10 classes running presently that are filled for this semester with several registered and are waiting for the next semester/class”, said Sugrim.

This demand, he posited, was due to the fact that the target audience was mainly school dropouts who were looking for a second chance in life. Given the overwhelming response, the HMG was looking to spread its wings so as to help even more Berbicians.

It was seeking to partner with the government or any other major stakeholder, as, according to Sugrim, partnership was the key to really making a difference.

Government resources alone are unable to adequately reach the countryside. The result is that the rural poor suffer in silence or violence. This must change. Since 2005, the Humanitarian Mission Guyana Inc. has helped thousands of persons in need. And from 2015, our focus been on life skills, education and preparing our young, youths and adults to become marketable,” he said.

He added that the organisation was focusing now on giving empowerment opportunities to more people.

“Our present vision is a bold one to extend opportunities to many more persons in a wider territory. Our aim is to teach them life skills that will help sustain them financially as well as give them a sense of self-respect and worth,” Sugrim said.

Moreover, he emphasised that, “We are seeking partnership with the government. Partnership to bring the much needed skills training opportunities to the community. Partnership to help educate, empower and elevate the assets of our nation. By doing so, we will not only help an individual, but the ripple effect will be felt in their family, the community and Guyana at large.”

Sugrim highlighted that many of the classes were filled with girls, single mothers and women in general but the HMG has started to focus on targetting more males, because he believed they were often neglected.

Sugrim and the HMG aim to provide the environment and tools to assist those in need to make the first step towards a progressive path in life, especially those who have seemingly lost hope. He called on all and sundry to come on board to make this possible.

Some of the classes offered are electrical repairs/installation, electronics, cooking, baking and sewing at both the basic and advanced levels, information technology, cosmetology, food handling, among others.

Even though it is based in the Lower Corentyne, residents of Region 5 and Upper Corentyne are also benefitting from the training sessions. The classes are being offered at a minimal cost which covers the expense of the materials used and provides a stipend for the facilitator/lecturer.

Women should not give up on themselves, even after they’ve married & become mothers.

Patricia Punch shares her journey of following her passion.